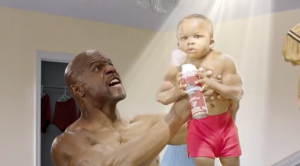 Every brand wants their commercials to go viral, but how do you connect with viewers on the internet? It might seem like common knowledge, but the best way to get users searching for your commercial is comedy. At least, according to Bing Ads’ list of most searched for ad campaigns it is.

Just as with their recent list of 2013 search trends, Bing Ads has put together the most searched for ad campaigns of the last year, as well as the most popular brand searches on Bing in 2013. Perhaps unsurprisingly Old Spice took top billing with its “Baby” as starring Terry Crews, as well as their more surreal “Watermelon” ad, viewable below.

Despite mostly dominating the top 10, humor wasn’t the only thing internet viewers looked for in commercials. The third most popular commercial was from Skype’s “Stay Together” campaign, and GoPro’s “Fireman Saves Kitten” also closed out the list. Notably, two of the ads – Chrysler Ram Truck’s ad and GoDaddy’s “The Kiss” – originally appeared during this year’s Super Bowl.

Bing didn’t stop with just the most popular ad campaigns though. They also collected the most searched for brands of the year, organized by their market. Ebay was the most popular shopping network, followed by Amazon, while Ford came out the winner for automobiles. You can see the rest below: 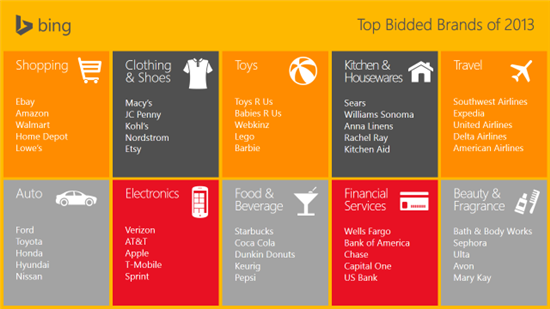 Facebook Updates Its Policy On Branded Content
The Importance of Being First in the Results
Google Starts Automatically Including Cross-Device Conversions in AdWords
Is There Such Thing As a 10 Minute PPC Workday?
Pinterest Expands Promoted Pins To All Users
Google Testing Feature That Lets Users Download Apps Straight From Search Results
Meet AdWords' New Keyword Planner Tool
Are You Paying For Fraudulent Views On YouTube?
0 replies