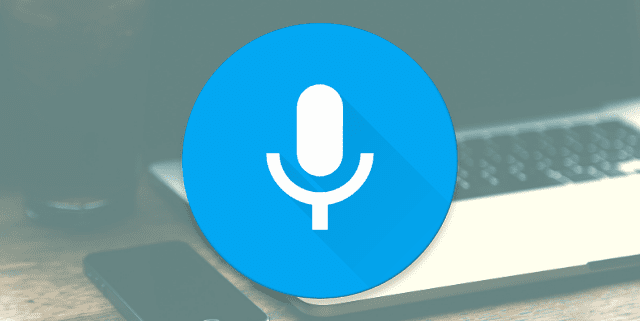 Since the launch of Siri (and arguably much longer), everyone has fantasized of the day when we would all be using voice assistants for nearly every task in our day-to-day lives. Based on the latest statistics from the past year, that day has come.

From Alexa to smart home appliances, modern consumers are finding themselves speaking to their devices more and more every day.

Of course, we haven’t quite hit the point where voice search has become as completely ubiquitous as using our smartphones for online tasks, but 2019 certainly marked a year when voice search devices went from a novelty to an everyday tool.

Voice Search is The Second Choice for Mobile Search

Remember how I said using voice assistants isn’t quite as common as using the mobile browsers on our smartphones? It isn’t far behind.

Data from early 2019 gathered by Perficient Digital show that voice search is the number two choice for making mobile searches, even above the built-in search box on most devices. 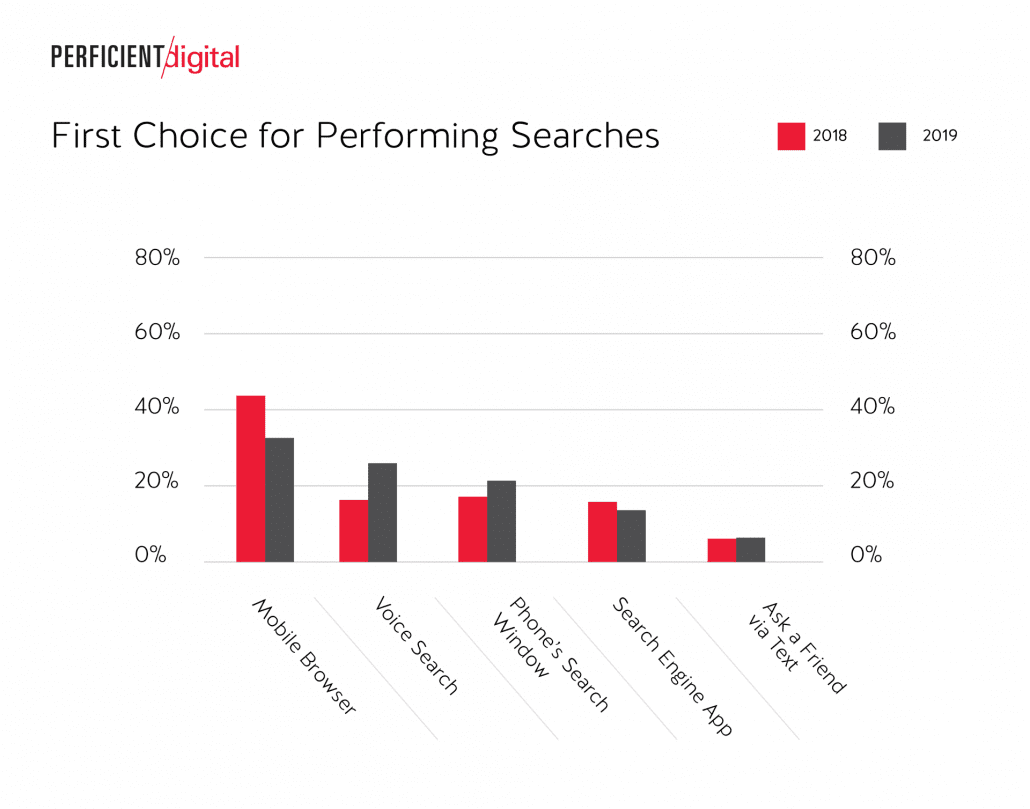 Almost Half of People Use Voice Search

Similar findings in July from Adobe showed that nearly half of all consumers reported using voice search for “general web searches”.

Notably, the vast majority of respondents (85%) say they use their voice search tools directly from their smartphone, while only 39% reported using smart speakers.

Quick Answers are the Main Use For Voice Search

Out of all the ways people use their smartphones, the leading motivations are largely focused on taking immediate action – especially with regards to shopping:

Trying to project exactly how many smart speakers are in U.S. homes has been notoriously tricky. Some estimates have estimated that there were more than 118 million smart speakers in American homes, but others have suggested the real number could be much lower.

Still, nearly every analyst agrees that people tend to buy multiple smart speakers. This puts the estimate for the total number of homes with smart speakers much closer to 58 million.

When it comes to which smart speakers people are putting around their homes, Amazon is consistently in the lead, with around 75% of the U.S. market. In just Q3 of 2019, the company reportedly shipped at least three times as many smart speakers as Google – its closest competitor.

Siri and Google Assistant Are The Main Virtual Assistants

Meanwhile, since Amazon does not offer a smartphone, Apple and Siri largely dominate the field when it comes to using smart assistants on phones.

A report from Microsoft in April showed that both companies were neck-and-neck in smart assistant usage, followed by Alexa. Microsoft’s own Cortana came in fourth, only followed by “Other”.

Smaller businesses have largely stayed away from optimizing specifically for voice search. After the tremendous growth in 2019, however, this is likely to change. Not only are a large number of consumers regularly using voice assistants, they are using them specifically to find and purchase products as soon as possible.

Is Voice Search About To Go Mainstream?