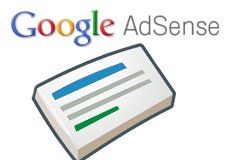 It seems something odd is happening over at Google AdSense. While there is always a pretty much constant stream of complaints coming in about drops in CTRs (click through rates), they are usually isolated cases. Most often, an individual is simply experiencing a problem and their issues are easily resolved.

But, over the past week there has been an unusually large number of people complaining at both the Google AdSense Help and WebmasterWorld forums that their CTR have declined significantly in the past weeks. As Barry Schwartz noticed, not only is the number of threads enough to raise an eye, but there are some who are saying this is having a big impact on their earnings. Clearly something is afoot.

Some quotes from commenters include:

My blog traffic still increasing but adsense earnings dropped from three days. I have a message from adsense help as “Your earnings were 76% below our forecast”.

At the risk of getting screamed at for asking this question (yet again). My ctr went down the last 3 days (Sunday,Monday, Today) a whopping 75%!

Not everyone is experiencing the drop in CTR (Schwartz himself has seen an increase), but this appears to be a widespread enough issue to cause some alarm. The world isn’t ending, but you should probably check out your own CTR to make sure everything is alright.