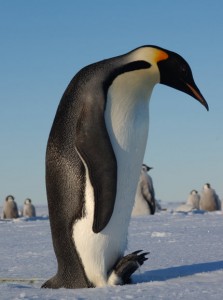 Compared to Panda’s regular changes, Google’s Penguin algorithm has been relatively static. Since its first introduction in April of last year, Penguin has only been refreshed twice, but there is an update coming soon and it appears this “next generation” of Penguin will have a major impact.

The first big Penguin update took the SEO world by surprise. It was originally referred to as the Web Spam Algorithm Update, and impacted over 3 percent of English searches. This change has the possibility of affecting just as many pages.

When the original update came out by surprise, many SEO experts and website owners claimed they were penalized unfairly, though the more done by the community the more it appears many of those were using questionable tactics. There were likely a very small number of site owners unjustly hurt, but the majority were simply erring on the wrong side of the line.

The possibility of having your website penalized has many in the community concerned about the new Penguin update, and while we don’t know too much about what the update holds for us, plenty of SEO writers are making predictions and suggestions to try to keep innocent site owners safe.

Search Engine Watch analyzed the types of data Google has been gathering and what the company has learned from the past year of spam filtering and through tools like the Link Disavow Tool.

Google’s new update is likely to be a more efficient, intelligent, and thorough algorithm to fight spam. As always, the best way to be sure you will be safe when Penguin rolls around is to be following Google’s Webmaster Guidelines and best practices for SEO. If you think you may be in the gray area, you can use Search Engine Watch’s analysis to see how to judge your site before Google judges it for you.

Are Links Still Important in SEO?
How Does Site Speed Really Affect Search Rankings?
Why Are So Many Sites Using So Much White Space?
Amazon is The Most Visible Mobile Site In Google Search Results By Far
Pinterest Can Ease Your Holiday Stress
Get Set For 2016 With The Hottest New Trends In SEO [Infographic]
The Effect of Google's Redesign of Title Tags
AdWords Doubles Amount of Info In Stuctured Snippets
0 replies