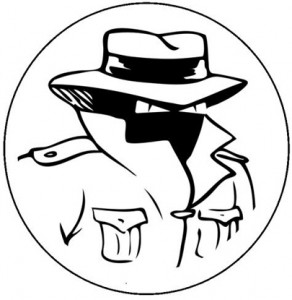 Have you ever had to deal with a sudden significant drop in the effectiveness of your pay-per-click advertising? Usually, those types of issues are the result of a bad change with how you are bidding or possibly the failure to adapt to changes on advertising platforms. However, it could also be the result of a concentrated fraudulent effort, as the discovery of a large PPC fraud ring in May shows.

This wasn’t just an issue of click fraud, either. The newer tactic being deployed by the ring of con artists is both serious and hard to detect. Lori Weiman reported that a PPC fraud ring used a tactic called PPC ad impersonation to pose as over 300 advertisers, as well as how they were brought down.

PPC ad impersonation, also sometimes called URL Hijacking, is when a scammer impersonates an advertiser by using the advertiser’s URL as the display URL in PPC ads. But, the scammer then links the ad to the real advertiser’s site through an unauthorized link such as an affiliate link, a phising link, or a cookie-stuffing URL.

Weiman’s report shows exactly how the most recent large-scale PPC ad impersonation ring was brought down, but the issue is far from resolved. Just as with every form of fraud, there are plenty of others out there willing to fill the place of the group that was recently detected.

Normally, these types of fraud are relatively limited, only affecting about 5% of the effected advertiser’s ads, but the recent attack was so bold that between 20% to 100% of ads being shown for some large companies were fraudulent. It is a worrisome sign for the future of these types of attacks, but thankfully this one was resolved rather quickly.