Twitter is making it possible to drive newsletter sign ups straight from your profile through recently acquired company Revue.

Those publishing their newsletters through Revue will be able to add a ‘Subscribe’ button directly in their profile, underneath the ‘mutual followers’ section and above your most recent tweets.

Revue announced the new feature earlier this week in a series of tweets, which said:

“We’re currently building new ways to grow your newsletter audience, and we want to preview one that will live right on your Twitter profile.

“We want to give writers tools to turn their growing, engaged Twitter audience into newsletter subscribers. This will be available for Revue newsletters soon, so stay tuned. Now, back to work to keep building.“

Along with the sign up button, Twitter will highlight the name of your newsletter, what type of content they can expect to receive, and how many subscribers you have.

Users can also choose to read a sample issue of your newsletter before subscribing.

To help prevent accidental opt-ins, Twitter will also require users to verify their subscription via a link in their email.

One thing that makes Revue somewhat unique in the newsletter area is that publishers can choose to offer paid newsletters (with Twitter/Revue taking 5% of the revenue). By linking these newsletters with the subscription button, users can technically take advantage of one of the first ways to monetize content on the platform.

Importantly, Revue is entirely free for those who opt for the traditional method of delivering free newsletters to subscribers.

When Is It Coming?

Despite the announcement of the feature, it is unclear when exactly we can expect to see the Subscribe button go live across Twitter.

Rumors suggest it could be launched as soon as the next few weeks on Android and desktop devices, with iOS support coming further down the line. Still, there is no official launch window in the statement from Revue, meaning we could be pleasantly surprised with an earlier launch or that we may have to wait even longer.

Explore The History of Content Marketing With Doc Brown [Infographic] 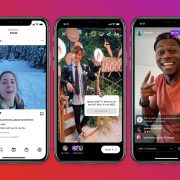