Twitter has confirmed it is dropping support for AMP pages, adding more evidence to the growing belief that AMP (or Accelerated Mobile Pages) are on their way out of use.

In an update to its developer document for AMP pages, Twitter says it is discontinuing support for the format by the end of the year:

“We’re in the process of discontinuing support for this feature and it will be fully retired in Q4 of 2021.”

This comes after some users had noticed a lack of support for AMP going back as far as October.

If you have been sharing AMP links on Twitter, you can technically still do so without any significant issues.

It goes without saying that this negates the point of adding AMP links instead of sharing the original page.

Why Is AMP Losing Support?

Many people dislike AMP pages for a number of reasons, citing everything from buggy performance to criticism over the boost they received in search results for a time.

In recent times, Google has seemed to recognize this.

First, they did this by making AMP pages less obvious in search results by removing the icon which had accompanied pages using the format. Additionally, Google dropped requirements for pages to use AMP to be eligible to be included in the Top Stories carousel.

The most recent evidence that Google is losing confidence in AMP is the September announcement that Google News would start showing fewer AMP pages in the results.

This has all led many to believe that AMP is on its way out at Google, as well as Twitter. 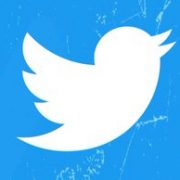 Enhance your email with AMP for Gmail

Twitter Makes Its Algorithmic Timeline The Default For All