Google has been heavy-handed in trying to woo Firefox users back to their search engine since Yahoo became the default search engine for the browser. It also appears to be working.

ComScore released the latest US search market share numbers for February and it seems Yahoo is gradually losing the gains they have made since they made a deal to become the default search engine for the browser and Google is reaping the benefits.

Since the switch over lost Google a small portion of users, Google has been practically begging users to make switch back. While there hasn’t been a mass exodus back to the motherland of Google, Yahoo is seemingly losing a slow but steady stream of users back to Google.

According to comScore’s report, Yahoo lost approximately 10 percent of its search volume from January to February, while Google recouped a tenth of a point along with Bing. This lines up with another recent report from StatCounter which also indicated a loss by Yahoo between January and February. 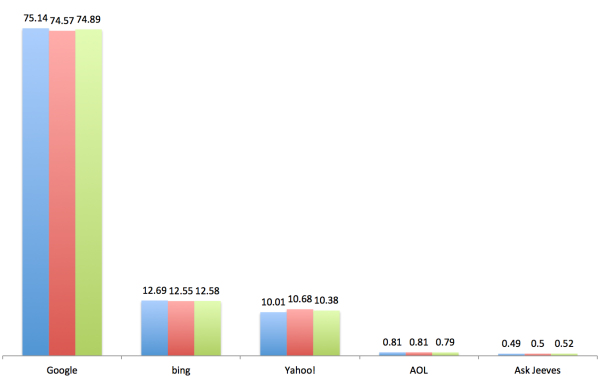 From the time Yahoo became the primary search engine to January, Yahoo had gained 1.2 points. Now Yahoo is still above their previous levels, but it has list .2 percent of those gains. The question is whether the trend continues.

It is important to note comScore’s numbers don’t include data from mobile searches, where Google is even more dominant.