Flat design has officially become commonplace, but it is hard to tell how long its offspring, long shadow design, will last. At first glance, it seemed long shadow design would just be a small isolated derivative from the popular flat style, but it seems to have taken on a life of its own by providing a sense of depth while still maintaining a flat and minimal aesthetic.

For those who have yet to run into the style, it is characterized by appearing largely similar to flat design, but with a 45 degree angle that extends much further than any standard dropshadow would. Onextra Pixel estimates the shadow is around 2.5 times the size of the object normally.

If you want proof of long shadow design’s spread through the web design community, look no further than the number of free resources being released to make implementation quick and easy. Onextra Pixel has highlighted two over the past week alone, and there are many more included in theirs and other sites’ weekly round-ups of resources.

The first resource is a simple set of icons created by Christopher Behr that cover all you basic needs from music, settings, messaging, mail, and social media icons. They are all clearly inspired by the Apple icon style, while bringing long shadow aesthetics to the table.

The other free offering comes from a Bucharest based design and development studio called Responsive. They are giving away a complete long shadow flat UI kit which will make development a breeze.

Who knows if long shadow design is going to pass out of favor in the coming months, but it is currently riding high on the back of flat design. It certainly offers a solution to flat design’s complete rejection of depth while still providing a sleek and clean design. 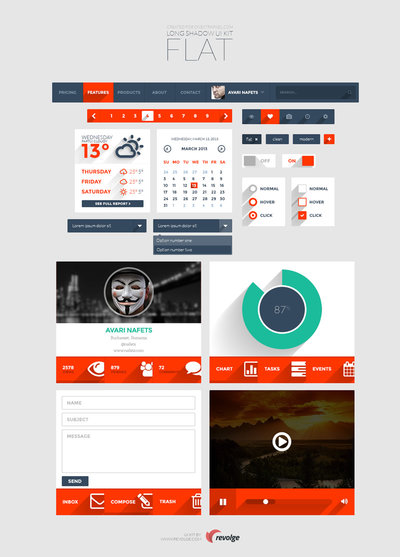 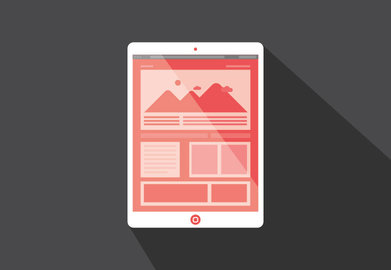