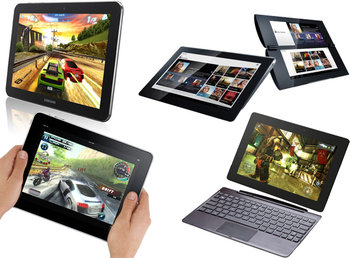 With the new year come new reports about the way we searched the internet in 2012. The Search Agency posted their “State of Paid Search Report” for the last quarter of the previous year, and while it is mostly confirming what other reports have already shown, there were a few notable discoveries.

Every report of the past few years has found that searches from smartphones and tablets have been growing significantly now claiming 25-percent of all search clicks. But, what wasn’t expected was The Search Agency’s announcement that the growth in mobile searching does not come at the expense of desktop browsing.

“Desktops computer searches remained level from Q3 2012 to Q4 2012, while mobile experienced an increase in search share. This demonstrates the industry’s steady growth and good health,” states their report.

Greg Sterling has the full breakdown from the report over at Search Engine Land, but the facts are that mobile browsing has no intention of slowing its growth, and tablets are at least partially responsible for the continued interest.

Is Your Site Struggling Due to a Misplaced NoIndex Tag?

How To Get Backlinks... Good Backlinks

The Basics of Good Local SEO

Google's New Program Seeks to "Put Our Cities On The Map"

90% Of Google Notifications Are Not About Links
0 replies