The latest “audience insights” report for Q2 of this year from NinthDecimal was released this week and the findings about shopping on mobile devices could have a big influence on how marketers think about on-the-go research and conversions.

The report shows that smartphones are quickly becoming the primary way users research retail purchases, which should be of little surprise. However, the findings also show that research on tablets has been significantly declining which may suggest a troubling future for the devices. 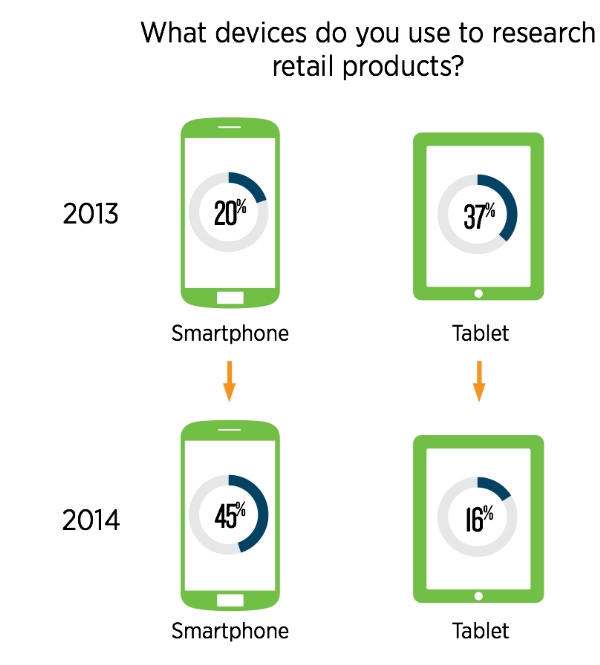 NinthDecimal says they believe the decline is due to increasing consumer comfort with shopping on smartphones, especially as screen sizes are increasing and NFC services like the newly launched Apple Pay make it easier than ever to shop on a smartphone.

Also unsurprising is the finding that consumers tend to conduct shopping-related research before they leave the home to shop, although in-store usage is also growing. The report also shows that the length of time that consumers spent researching a purchase before buying was directly tied to cost. Products under $50 saw an average of 10 days of research or less. Meanwhile products above $1,000 days got an extensive 45 days of research lead time on average. 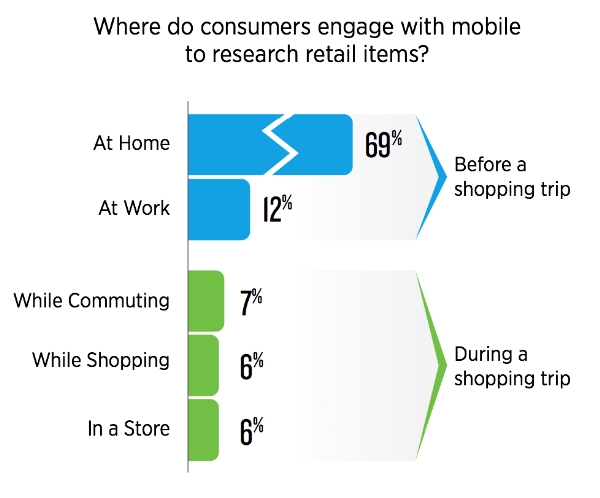 Of particular note to online marketers and businesses may be the data claiming that within the last month approximately 45 percent of consumers reported making a retail purchase after seeing a mobile ad. However nearly three-fourths of respondents said they were more likely to engage with retail-related advertising at home, before they began shopping. 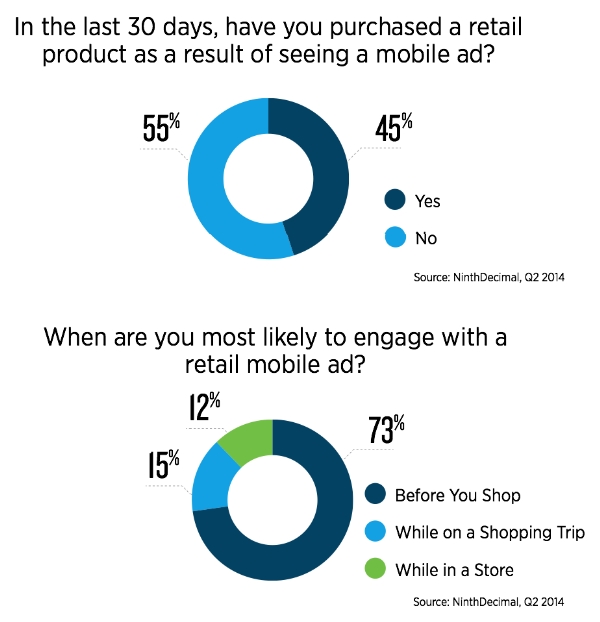 According to the report, the types of ad content most likely to sway mobile users were (in order): product discounts/sales, reviews, product information, giveaways and store-location information