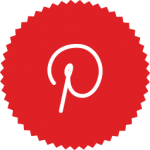 Pinterest may only be the fourth most popular social media platform out there, but it may become a significant part of your online marketing strategy in the near future. Last Thursday, Pinterest CEO and co-founder Ben Silbermann announced the company is beginning testing promoted pins, their version of paid advertising.

The site is primarily popular with females, but it is well loved by social media marketers because its users have shown time and time again that they are more willing to purchase than the demographics using any other social media platform. Facebook may have over eight times the traffic of Pinterest, but they aren’t purchasing at anywhere close to the same rate of the Pinners. However, in the almost four years since its creation, Pinterest has never included any paid advertising.

Silbermann discussed the decision to finally venture into paid advertising in a post titled “Planning for the Future” on the Pinterest blog. He also lays out a clear idea of exactly what this monetization will look like. They haven’t established all of the details, but Silbermann does say ads will be:

The first promoted pins are being tested in search results and category feeds. If you search for “Halloween” you might get promoted pins for costumes.

Pinterest definitely isn’t leaping into the advertising options, but they are beginning a change which could be very lucrative for enterprising social media marketers in relevant fields.

Have We Hit Peak Facebook?
How To Get Started Building A Following On Pinterest [Infographic]
How To Synergize Your SEO and Social Media Campaigns to Improve Both
Sincerity of Facebook 'Likes' is Serious Business
'Cachetown' Makes Your World A Video Game
Split-Testing Can Optimize Your AdWords Campaigns
Facebook Makes It Easier To See If Your Ads Are Driving Sales
Periscope Videos Are Now Viewable In Twitter Timelines
0 replies