Yesterday you may have noticed a couple changes when you opened up Google. The first is the most obvious – it was accompanied by a little help box explaining the change – but Google has officially implemented their new app launcher in the main Google navigation bar for quick and easy access to other Google products.

You’ll be familiar with this app launcher if you use Android devices or Chromebook computers. Search Engine Land also reports that the grid-style launcher has been in testing since February or earlier. 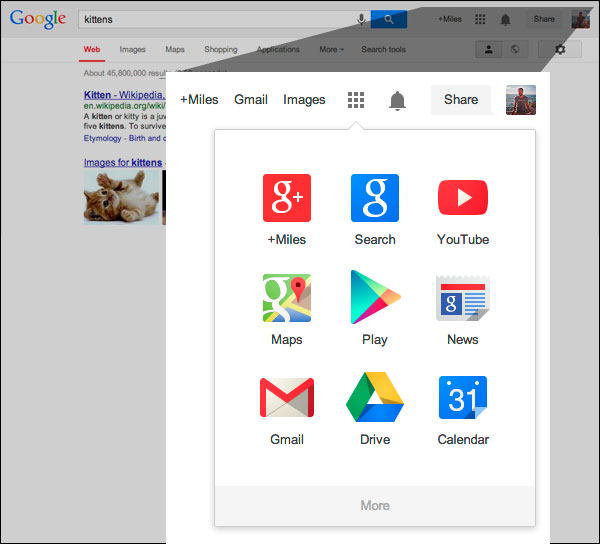 The other change is a lot more subtle, but still of note for the design community. Google has flattened their logo, keeping up with the hot trend. Flat design is especially popular at the moment as Apple’s new flat iOS also rolled out earlier this week. The colors in the Google logo are also slightly different, but you won’t be too thrown off by the tweaks.

Many will have already seen the updates, but if you’re Google page still looks the same as it always has, be patient. Google says it should be completely rolled out over the next couple months on most Google products.

Oversized Layouts: Why Designers Are Going Big Will The Yahoo Answers Update Give Marketers A New Opportunity?
Scroll to top