Matt Cutts, head of Google’s Webspam team, recently announced via Twitter that a new ranking update focusing on spammy queries has officially gone live, according to Danny Goodwin from Search Engine Watch. At the same time, Google has made it clear that if you don’t have a quality mobile website, you’re going to start seeing your rankings dropping.

The ranking update for spammy queries is supposed to affect 0.3 to 0.5 percent of English queries, but it shouldn’t be much of a shock to anyone who has been listening to what Cutts says. It was one of the most notable updates Cutts spoke about in an earlier Google Webmaster video where he discussed what to expect from Google this summer.

Cutts says the updates are specifically focused on queries notorious for spam such as “payday loans” on Google.co.uk as well as pornographic queries. The roll-out of the update will be similar to many of Google’s recent changes in that it is being implemented gradually over the next few months. 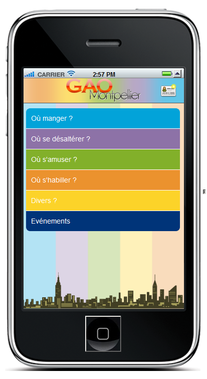 It appears we’ve finally reached the point where slacking on mobile SEO is going to objectively hurt your site as a whole. A recent post added to the Google Webmaster Central Blog warns that “we plan to roll out several ranking changes in the near future that address sites that are misconfigured for smartphone users.”

This is Google’s first big move in adding mobile configuration as a ranking consideration, but their advice belies their intent to continue to pay attention to mobile. They suggest “try to test your site on as many different mobile devices and operating systems, or their emulators, as possible.” It isn’t acceptable to only pay attention to desktop anymore. 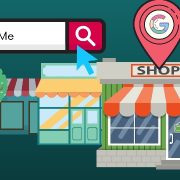 Over One-Third of Google Searches Are Local

How Has SEO Changed Recently?

Who is Using Flat Design?
0 replies

What Does a Web Designer Need To Know About SEO? The Typographic Principles of Flat Design
Scroll to top