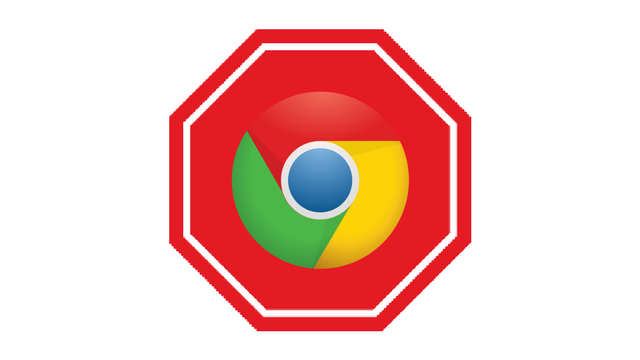 Starting today, Google’s own web browser will start blocking troublesome ads across the net. The company has been warning they would be launching their own ad blocker since last June, and has officially started rolling out. By default, Google’s Chrome browser will remove ads from sites that use disruptive ad techniques.

“A big source of frustration is annoying ads: video ads that play at full blast or giant pop-ups where you can’t seem to find the exit icon,” said Rahul Roy-Chowdhury, vice president for Chrome. “These ads are designed to be disruptive and often stand in the way of people using their browsers for their intended purpose — connecting them to content and information. It’s clear that annoying ads degrade what we all love about the web.”

What is getting blocked?

The built-in ad blocker is designed specifically to filter out ads on any sites that repeatedly show offensive or disruptive ads. These include a wide swath of frequently used ad techniques including pop-ups, prestitial ads, and flashing banner ads.

Google is using the guidelines laid out by the Coalition for Better Ads (CBA) – a collective of advertising and media companies such as Facebook, Microsoft, and Unilever.

Rather than just block the offending ads, the tool will instead block ALL ads on any site that has broken the rules repeatedly. That means, all ads get stripped away is a publisher continues to let intrusive ads persist on their site after a warning.

Chris Bentzel, engineering manager for Chromium (an open-source version of Chrome), says Google is using this approach because webmasters are largely in control over what ads they choose to display.

“Although a few of the ad experiences that violate the Better Ads Standards are problems in the advertisement itself, the majority of problematic ad experiences are controlled by the site owner — such as high ad density or prestitial ads with countdown,” said Bentzel.

According to Bentzel, Google’s mission isn’t to block ads at all. They want to encourage webmasters to clean up their sites and deliver quality, unintrusive ads (like those offered by Google AdWords).

“Our goal is not to filter any ads at all but to improve the experience for all web users.”

According to The Guardian, approximately 42% of sites that have received warnings from Google ahead of the ad blocker have since altered their ad displays.

The news that Google was designing its own ad blocker raised eyebrows when it was first announced. Considering Google runs perhaps the largest ad platform online, it is a bit like the pot calling the kettle black for the search engine to complain about ads.

More likely, the decision to launch an ad blocker of their own was motivated by the growing use of third-party ad blockers across the internet. While some ad blocker companies have partnered with Google to “whitelist” the ads from the search engine, many also strip out ads published from AdWords. This cuts into Google’s potential ad reach and can cause ad spend waste in some cases.

“We’ve already seen more and more people express their discontent with annoying ads by installing ad blockers, but blocking all ads can hurt sites or advertisers who aren’t doing anything disruptive,” said Roy-Chowdhury.

“By focusing on filtering out disruptive ad experiences, we can help keep the entire ecosystem of the web healthy, and give people a significantly better user experience than they have today,” Roy-Chowdhury said.

For now, Google estimates its ad blocker will only affect around 1% of all ads. So, don’t get your hopes up for an ad revolution. Most users are unlikely to notice a huge change online, and only those who are most egregiously abusing the rules are expected to be hit.

Google Publishes Their Search Quality Rating Guidelines
Google Tests Ad Extension To Directly Send Texts To Advertisers
SEO vs. PPC - Will Use of One Increase with Demand of Another?
Google Speeds Up Mobile Search With Ping Attribute
Google Incorrectly Labels Sites As Hacked In Search Results
Google Has The Slowest Loading Mobile Home Page In Its Market
Google's new "action buttons" let customers take action straight from the search results
I Saw CNBC: Inside the Mind of Google
0 replies