Adobe Flash and mobile devices go together like oil and water. Since the release of the first iPhone it was clear that Flash, Adobe’s multimedia based web site technology, would not be coming to cell phones any time soon.

Years later, after the release of several generations of smartphones and the release of tablets, and it is even clearer that Flash is all but dead and will never be a part of the modern ‘device agnostic’ approach to web design. Unfortunately many webmasters still use it.

That may not be the case for long, as Google has stepped up their fight against the technology. Google announced that starting today they will be warning mobile searchers when the search engine’s algorithms detect a web site is not supported on the device they are using due to Flash.

Rather than outright omit sites utilizing Flash from the search engine – which would garner heavy criticism – those using smartphones and tablets to search may see a warning that allows the user to attempt to view websites using Flash or to look for alternate search results.

The warning reads “Uses Flash. May not work on your device. Try anyway | Learn more.”

It seems pretty unlikely that many users will choose to press on knowing that the site likely won’t work for them.

In lieu of using Flash, Google highly recommends updating to HTML5 and upgrading sites to support that technology because it works in mobile devices and desktop browsers alike.

Google’s Keita Oda, Software Engineer, and Pierre Far, Webmaster Trends Analyst said, “fortunately, making websites that work on all modern devices is not that hard: websites can use HTML5 since it is universally supported, sometimes exclusively, by all devices.” Google simultaneously launched two new resources to help webmasters make the upgrade: 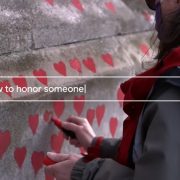 5 Reasons Not To Use DIY Marketing

Learn How To Use Color By Understanding Their Meanings [Infographic]

8 SEO Trends You Should Know in 2015 [Infographic]

How Can You Boost Your Facebook Engagement for Free? Recent Studies Suggest Organic Search Is Responsible For More Traffic Than Previously...
Scroll to top