Google is continuing its efforts to combat online display advertising fraud, with new defenses against a scam technique known as clickjacking.

If you’ve ever tried to press play on a video, open a link, or start a song and wound up on another page unexpectedly, clickjacking is most likely the culprit.

This is done by overlaying an essentially transparent layer over a legitimate web page. This way everything looks normal, but as soon as you try to take any form of action you trigger a behavior on the transparent overlay. The action may be used to trigger one-click orders from Amazon, take you to malware-laden sites, gain Facebook or Twitter likes, commit ad fraud, or any number of malicious behavior.

To fight back against this, Google is removing publishers engaged in clickjacking from its network entirely. The company has also developed a new filter specifically to exclude invalid traffic on display ads from clickjacked pages on both mobile and desktop.

In a blog post about the new efforts to fight clickjacking, Andres Ferrate, Chief Advocate of Ad Traffic Quality at Google, explained:

When our system detects a Clickjacking attempt, we zero-in on the traffic attributed to that placement, and remove it from upcoming payment reports to ensure that advertisers are not charged for those clicks. 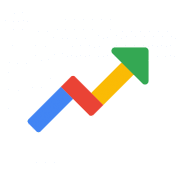