Starting yesterday, Facebook will has begun rolling out the ad targeting tool to a limited number of US advertisers, with a global roll-out beginning next week. Amy Gesenhues says all advertisers around the world can expect to see the feature by late November.

This is especially of interest to small businesses who will be able to use their own customers lists to directly reach out to people on Facebook. You will also be able to use MailChimp lists with Custom Audiences for the first time. 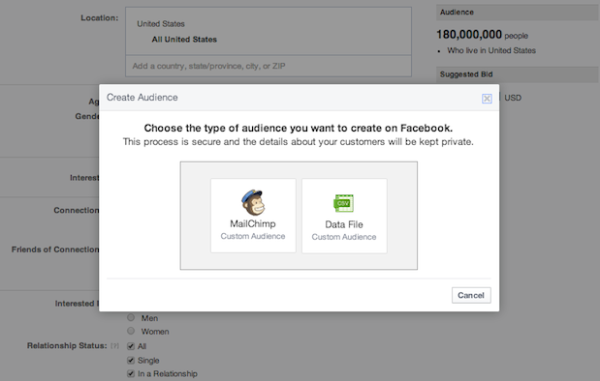 The 11th Principle of Good Design
Bing Adds New Music Video Search Results Page
Knowing What SEO Risks Are Worth Taking
Why You Aren't Using the Disavow Links Tool Right
How To Fix Common PPC Mistakes
Bing and Facebook - Has Bing Overstepped Google?
Common Website Mistakes Businesses Make and How We Can Help
Facebook and YouTube Can't Agree On What a Video View Is
0 replies