Most people may not know this, but web design has two distinct sides. You’ll notice this when you begin to build a site and learn you need to hire a designer and a web developer, or one of those rare few who are great at both. But, what does this actually mean? Why do you need two separate people to build one site?

To understand why web design has these two distinct facets, you have to understand the basics of how a site is created. A web designer creates the look and style of your page using graphics and design software such as Photoshop. But, this design isn’t a functional site. To bring everything to life, the design has to be coupled with code.

The designer is generally considered to be creative side of the team. Their job is to work with the client to dream up a look and feel that matches the brand. These are the artists who you imagine working to create a website. A web designer succeeding in the current market will be able to tell you all about color and typography, the importance of spacial relationships, and how these effect your audience.

The developer is the “behind-the-scenes” person who makes everything run. These are the people who actually build the skeleton and muscles to the designer’s skin. They use HTML, Javascript, JQuery, and CSS to make everything technically work together.

This is the technical side of the creation process. These people usually have a degree in computer science or programming, and are very technologically minded. While a designer may be creative, a developer will likely be more detail-oriented. 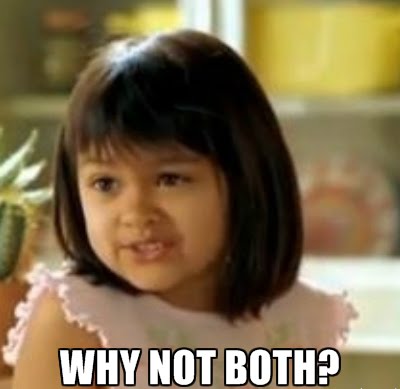 While these sound like separate jobs, they are both working towards the same goal. You can’t have one without the other. But do you really need two separate people for this? In the current market, the answer is most often yes. While many designers are relatively informed on coding, and developers are aware of the creative process establishing the look of the site, these are both complex jobs which require specialized talents.

There are those who bill themselves as both, and many are perfectly capable of building an entire site by themselves. However, these are few and far in between. The best designers and developers have read up on the other side of the process, and may even have a fair amount of technical skill. But, you’ll benefit from building a team instead. The extra set of eyes will spot any flaws before resources are invested in the wrong areas, and you’ll have someone specially suited for sides on either side of the aisle.

3 Tips for Capitalizing on Mobile
Facebook Says They Aren't Targeting Memes, Instead They Judge Quality By The Source
6 Reasons For Not Having A Website And Why They Are Wrong [Infographic]
The Most Important Printing Terms for Web Designers
4 Ways Responsive Design Is Great For SEO
You See Up To A Dozen Experiments Every Time You Use Google
Google Adds "In-Depth Articles" To Search Results
Google Updates Mobile Guidelines With Focus On Loading Times
0 replies