This year is already proving to be a big one for the mobile internet. In the past few months, mobile browsing has overtaken desktop browsing, Google has announced a huge “mobile-friendly” algorithm update, and smartphones are continuing to become even more prominent in American society.

A new report from comScore shows just how common smartphones are in the US, and the numbers are staggering. By February of this year, over three-quarters of all American mobile subscribers now on smartphones, and predictions don’t show any sign of slowing down. By the end of the year, it is possible over 80% will own smartphones.

The findings of the study show some shakeups from previous reports, such as Samsung beginning to lose market share while LG is making gains.  Otherwise the findings are relatively flat from last year 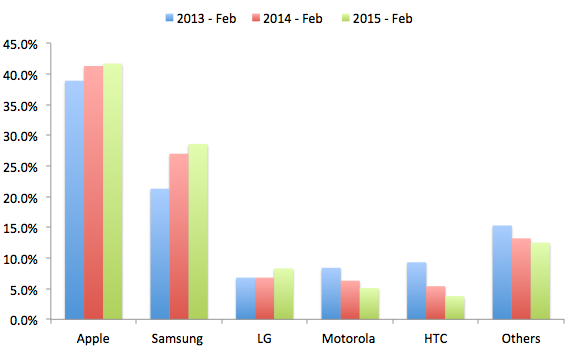 Greg Sterling took the time to graph the latest findings from comScore with those from the past three years, which gives a better perspective of how things have changed in that time. For example, Apple shows modest growth, while other smaller brands are losing share and Samsung shows stagnation. 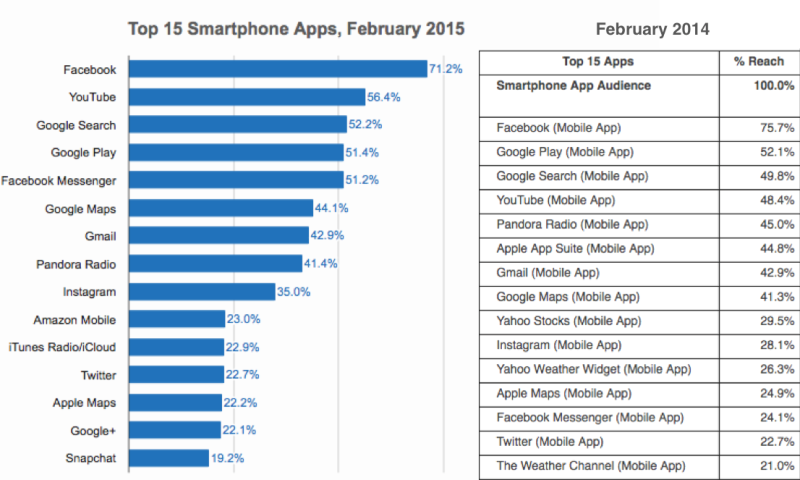 Along with the mobile penetration report, comScore also showed new data on the top apps from February 2014 to 2015. The list is largely similar with previous years, however Yahoo Stocks, Yahoo Weather, and the Weather Channel have been usurped by hot apps like Amazon, Google+, and Snapchat.