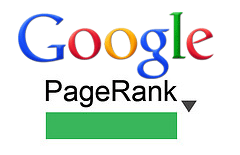 There has been quite a bit of speculation ever since Matt Cutts publicly stated that Google wouldn’t be updating the PageRank meter in the Google Toolbar before the end of the year. PageRank has been assumed dead for a while, yet Google refuses to issue the death certificate by assuring us they currently have no plans to outright scrape the tool.

Search Engine Land reports that yesterday, Cutts finally explained what is going on and why there have been no updates while speaking at Pubcon. Google’s ability to update the toolbar is actually broken, and repairing the “pipeline” isn’t a major priority by any means. The search engine already feels that too many marketers are obsessing too much over PageRank, while Google doesn’t see it as very important.

But, Cutts did give some insight as to why Google has been hesitant to completely kill off PageRank or the toolbar. They have consistently maintained they intend to keep the meter around because consumers actually use the tool almost as much as marketers. However, at this point that data is nearly a year out of date, so suggesting consumers are the main motive for keeping PageRank around is disingenuous.

No, it turns out Google actually uses PageRank internally for ranking pages, and the meter has been consistently updated within the company during the entire period the public has been waiting for an update. It is also entirely possible Google likes keeping the toolbar around because Google wants the data users are constantly sending back to the search engine.

While the toolbar may be useful for the company internally, PageRank has reached the point where it needs to be updated or removed. Data from a year ago isn’t reliable enough to offer anyone much value, and most browsers have done away with installable toolbars anyways. If a repair isn’t a high enough priority for Google to get around to it at all this year, it probably isn’t worth leaving the toolbar lingering around forever.

Could Bing Ads Be Better For Small Businesses?
Some Recent Google AdWords Updates
You Should Be Tracking These Social Media Goals
Demographics and SEO - Targeting Your Pages
Does Google's Disavow Tool Really Work?
What You Need To Know About SEO Friendly URLs
Google Goggles - Search By Photo
Facebook and Google Team Up To Improve Online Ads
0 replies

What Is a Nofollow Tag and How To Use It [Infographic]