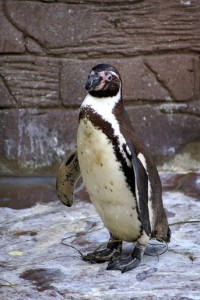 It has been well over a month since Penguin 2.0 was unleashed upon the world and the search industry is still reeling from the results of the algorithm update aimed at link profiles, low quality backlinks, and over-optimized anchor texts.

The average estimate says that Penguin 2.0 affected over 2-percent of all English queries. That doesn’t sound like much, but when SEO Roundtable took a poll in late May over half their readers say they had been hit by the changes.

First, it should be said that some portion of those may have been affected by a separate algorithm update released shortly before the new version of Penguin, but that update was aimed at typically spammy sectors like payday loans and pornography.

The majority of those saying they were affected by Penguin however were most likely correct about their recent drop in rankings or loss of traffic. It is either that, or far too many involved were misreading their data or somehow unaware that their payday loan site might be targeted by Google. Let’s assume that’s not the case, because that option sounds highly unlikely.

But, time has passed since Penguin came out. I’ve seen at least 10 articles detailing how to recover from Penguin, and numerous others focused on all the areas Penguin targeted. We should all be getting back to normal, right?

According to the recent poll from SEO Roundtable on the topic, that is not the case. Over 60 percent of those responding have said they haven’t recovered from the algorithm update, with only 7.5-percent saying they have fully recovered.

What does this mean? Well the respondents are clearly SEO informed people who keep up to date with the latest blogs, since they responded to one of the more reputable sites available on the issue. One major issue is that full recovery from Penguin isn’t possible for many of those affected until the next refresh. It is hard to know when that refresh could happen, though it may not be until the next update is announced.

The other issue is simply that those articles telling SEOs how to recover from Penguin range from completely valid to “how to try to cheat the new system” which can be confusing for inexperienced or uninformed SEOs. The best suggestion for solving this problem is playing close attention to what sites you are reading and always take the more conservative advice.

What Skills Do Employers Expect Designers to Have? 10 Resources That Will Help You Make an Infographic
Scroll to top