While Google has remained mum on a large amount of the details, we do know the changes can be visible within Google Maps search results as well as traditional search results. From the online discussion, it also local businesses are also getting significant ranking and traffic boosts as most responses have been positive.

Most of the changes are behind the scenes, which Google doesn’t want to share with the world. However, Barry Schwartz shared that the new algorithm ties deeper into web search than previously by linking it to search features such as Knowledge Graph, spelling correction, synonyms, and more.

The algorithm is already rolling out for US English results, but Google wouldn’t say when to expect it to roll out for other regions and languages, nor would they comment on what percent of queries have been effected or if web spam algorithms were included in the update.

Does Color Affect Your SEO?

Google+ Accounts Are No Longer Needed To Leave Reviews On Google 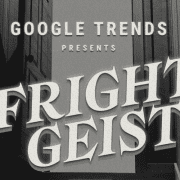 Do Google’s Algorithms Work The Same Around The World? Facebook Sees More Daily Users and Revenue Thanks To Mobile Users
Scroll to top