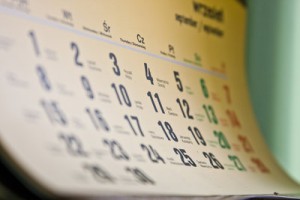 It took a couple weeks for everything to even back out after the recent Penguin update, and now its time to start looking forward to what is coming up in SEO. It is an especially good time to make predictions for the rest of 2013 as we are just now passing the halfway point in the year and Google has made some of their intentions moving forward very clear.

Google has pulled out the big guns in their fight against spam, and have publicly stated their interests in user experience through site design and quality content. None of that is a surprise, but at the turn of the year none of it had actually been confirmed by people within the search engine juggernaut. A few months later and Matt Cutts basically confirmed everything we assumed before. Focus on the user and don’t try to cheat or loophole your way to the top and you should be fine.

Still, Google isn’t content to simply focus on one or two things at a time, and there are bound to be quite a few other changes in the near future that we haven’t been told about. Jayson DeMers analyzed all of the evidence from Google’s more subtle changes and announcements in the past few months to attempt to make predictions for what we might be seeing in the next year or so in SEO. They are all just guesses from the information available, but it’s always good to stay ahead of the curve and aware of changes that may be on the horizon.

PageRank Isn't Getting Updates Because The "Pipeline" Is Broken
0 replies