Google is in the process of rolling out a significant update to its broad search engine algorithm which appears to be having a big impact on search results.

Tomorrow, we are releasing a broad core algorithm update, as we do several times per year. It is called the June 2019 Core Update. Our guidance about such updates remains as we’ve covered before. Please see this tweet for more about that:https://t.co/tmfQkhdjPL

The company announced the update on June 2nd, the day before the update began rolling out. This raised some eyebrows at the time because Google generally doesn’t update the public about algorithm updates beforehand, if at all.

The June 2019 Core Update is now live and rolling out to our various data centers over the coming days.

As Danny Sullivan from Google explained recently, the only reason they decided to talk about the update is that it would be “definitely noticeable.”

That’s about updates in general. The quote suggested I said that about core updates. Those are definitely noticable. That's why we confirm them.

While the update is seemingly still rolling out, the early indications are that the effects of this update certainly are noticeable and could have a big impact on your site’s performance.

What Does This Mean For You?

Unfortunately, Google is never too keen to go into the specifics of their algorithm updates and it is too early to definitively tell what the algorithm update has changed.

All that is clear from reports around the web is that the algorithm update has caused a seemingly dramatic shift for sites previously affected by Google algorithm updates. Some are reporting massive recoveries and improved traffic, while others are saying their rankings have tanked over the past week.

What Does Google Say To Do?

Oddly enough, Google has provided a little bit of guidance with this latest update, though it may not be what you want to here.

The company says to essentially do nothing because there is nothing to “fix.”

Some experts within Google has also suggested results may normalize somewhat in the coming weeks as the search engine releases further tweaks and updates.

In the meantime, the best course of action is to monitor your website analytics and watch Google Search Console for notifications or big changes.

If you do see a major shakeup, you might watch to see if it recovers within the coming days or conduct an assessment of your site to evaluate what your site can do better for both search engines and potential customers. 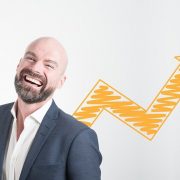 Business owners are more likely to be satisfied with their SEO if they paid more, says new study

What Do Most SEOs Not Understand About Google Updates?

How Has SEO Changed Recently?

5 Essential Online Marketing Trends You NEED To Know For 2021