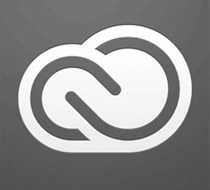 For the past decade or more, Adobe and Photoshop have been staples in the vocabulary of any designer. Adobe has been by our side constantly upgrading, and draining our wallets, but not really causing much of a stir. Not even the Flash vs. Apple conflict really shook the boat that much.

Simply put, Photoshop and its partners in the Creative Suite have been the go-to applications for a huge number of the people working in web development, photography, design, and video.

With their latest new release however, that all could change.

As you may have heard, Adobe has decided to stop releasing physical software in favor of a move to a cloud-based subscription service called Creative Cloud. What you might not have heard is that there is already a petition signed by over 37,000 angry people begging Adobe to abandon their plans.

The move to the Creative Cloud would mean that Adobe would drop all support for older versions of their software, specifically the Creative Suite (They will continue to add support for CS6 for now). However, the Creative Cloud would function essentially the same as the old software. It won’t be a set of web apps, and you will still have to download and install the software to your hard drive. But, all your files and data will be in sync across multiple computers and devices.

The monthly subscription service will be $29.99 for existing CS customers, and $49.99 for new users. But, you could also buy just a single program for $19.99 a month each. For that price, you’ll also get 20GB of cloud storage.

Basically, Adobe has found a way to attack piracy and increase their profits by making users continuously pay for the software and not distribute or manufacture physical objects. And that is why users are upset. While the subscription fee is obviously a fair deal lower than the cumulative price we payed for previous releases, over time this means Creative Cloud will be much more expensive than ever before.

It also creates a new (more expensive) option for all other design software companies to follow. Adobe has always been the trendsetter in this area and it is likely even the alternatives spurned Photoshop users turn to will eventually follow suite. Or, this could be the end of Adobe as the gold standard. As Corey Siegel from Design Instruct puts it, this is Adobe’s “all in” bet.

The Best Metrics For Successful Marketing
How a New Company Can Establish Themselves Online
Black Is Not Your Friend In Design
Is Apple About To Go Flat?
Pew Study: Facebook Still The Leader Among Teens
Matt Cutts Explains Upcoming Domain Diversity Changes In SERPs
How To Boost Your SEO Productivity
Breaking Down Link Schemes Google Hates
0 replies

Google Begins The Forced Upgrade to Adwords Enhanced At What Point Does Linking Domains Together Become a Linking Scheme?
Scroll to top