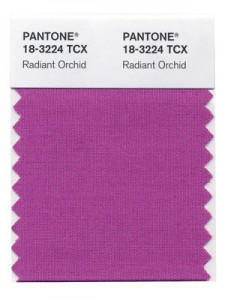 While most people outside of designers don’t tend to follow color trends, it can be surprising how much they affect what you see every day. Most consumers would be surprised to hear that colors come in and out of favor in design on a regular basis, and those trends affect marketing, purchasing decisions, and your perception of a brand or object.

One of the leading influencers in color studies and usage is the Pantone Color Institute, known for their widely used color system. Not only do they provide an organized way to communicate about color in exact terms, they also regularly analyze media, socio-political events, and technological advances to help decide the Color of the Year.

In 2014, you can expect to see a lot more “Radiant Orchid”, as the purplish-pink color has been chosen as the color of the year, as reported by Web Designer Depot. 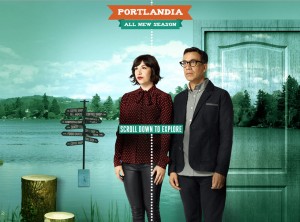 Last year’s chosen color was the more recognizable Emerald, though the specific hue wasn’t what most actually associate with emerald. It was a bold but relaxing color of green “symbolizing growth, renewal, and prosperity”, which then became extraordinarily popular among the fashion and design world.

“Radiant Orchid reaches across the color wheel to intrigue the eye and spark the imagination,” says Leatrice Eiseman, executive director of the Institute. “An invitation to innovation, Radiant Orchid encourages expanded creativity and originality, which is increasingly valued in today’s society.”

It is hard to tell whether the analysis is so accurate that the team can predict a color that will become popular on its own, or whether Pantone’s influence is the primary factor making these colors so ubiquitous for a year. But, it is almost guaranteed 2014 is going to have its fair share of Radiant Orchid.

Have you ever seen the old “optical illusion” that makes one color appear to be two entirely different colors? If you’ll excuse the MS Paint quality image (is there a rule that all optical illusions have to have been designed before 1997?) the one below makes two spirals appear to be blue and green, when the stripes making the spirals are actually the same color. Its the same principle at play as when you look at a color in a design and it just doesn’t seem to work right. When placed next to specific hues, certain colors can take on the visual characteristics of their neighboring color. Making this even more tricky, the human eye perceives color in different ways depending on if it is in the background or foreground.

The specific colors that can take on other characteristics are referred to as recessive colors, while those who always look the same are called dominant colors. Many pure colors such as cyan maintain their hue even when mixed or paired with other colors. No matter what color is mixed with a dominant color, the original color will still remain at least partially visible.

Dominant colors also tend to “push through” the design, or powerfully assert themselves within the composition. While recessive colors easily fade into the background, it is hard to make a dominant color sit far in the background. Pure hues are naturally dominant, though primary colors are more dominant than the others, because red, blue, and yellow literally can’t be created by mixing other colors.

Recessive colors, on the other hand, naturally fade into the background. They also easily take on the properties of any surrounding color. Recessive colors act as a neutral in a palette which help the more dominant colors maintain their emphasis and focal attention. As Carrie Cousins puts it, “recessive colors are the blurry or muted tones behind the focal point of an image or the pattern that appears behind something you’re supposed to be looking at.”

Cousins explored the relationships between dominant and recessive colors exhaustively at Design Shack. Not only does she delve into the scientific basis for why we perceive these colors the way we do, she also explains how these ideas can be adapted to design of all kinds, including web design.

Color is one of the most important aspects of graphic design as well as branding and advertising. It can be used to give emphasis, depth, and even motion to a design but it also helps establish the overall feel or atmosphere of the design.

As designers, we do more than just create nice looking compositions. We also connect and communicate to others through images, text, sites, sound, and yes, color. Color is one of the strongest tools we have as a designer, because color decides a large amount of how a viewer perceives a design. It can set off emotional or visual cues, or it can be used simply to pull viewers in.

One of the most important parts of learning how to use color in your designs is learning the understandings and meanings of different colors. They don’t just set the mood, but colors can actually mean quite a lot about companies, sites, and even people. You The Designer recently created the infographic seen below which details “The Psychology of Color” for designers and they lead into it with an insight about color from American stage director Vincent Minnelli who once said, “I use colors to bring fine points of story and character.”

We don’t tend to work much with characters as graphic designers, but in some ways we do tell stories through our sites. Our clients want their websites to represent their company or brand as a whole, including its history and reputability. We weave these stories through our websites through imagery that supports the brand story they want to tell. Color plays a big role in this through making connections to preconceptions we already have. If you’ve ever seen a green logo for a health food store, or a red fast food sign, you’ve already seen the principle in action. 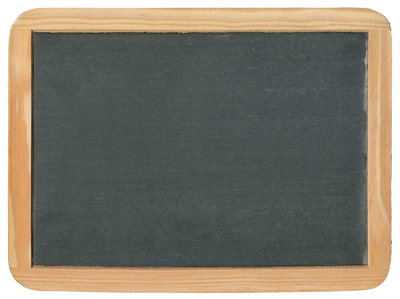 There is one simple color rule that has helped me endlessly in my designs, and I learned it in junior-high school. Unless you absolutely need to, never use black. It sounds strange to many, but it is a rule I live by now.

When you see dark things, it is common to assume they are black. It is actually very hard to find things that are pure black. It is possible, but most of the common things you will think of aren’t. Roads, for example, are not black no matter how recently they were paved.

Not even shadows are black. Any good painter knows this. Shadows are tints of a background color, and they are pretty much never actually black. They also reflect what type of light is being cast.

Now the reason it is important to note how hard it is to find a pure black is because pure black always overpowers other colors by comparison. It just does not naturally sit with most color palettes.

This goes double for web design. Even in apps or sites that seem to have black as a prominent part of the color scheme actually use dark grays, which are muted so they sit better in the composition.

Ian Taylor Storm, co-founder of Segment.io, also warns about the importance of saturation. Adding some color to grays helps liven them up a little. If you have a really dark gray, saturate it really heavily. Light grays will only need around 3%-5% usually.

The design for Facebook is a great example of this idea. All of the grays are saturated with the trademark Facebook Blue. The same goes for Facebook’s apps.

There is always a time and place for pure black, but it should be a rare occasion. Usually, a more natural color will suit your needs much better.