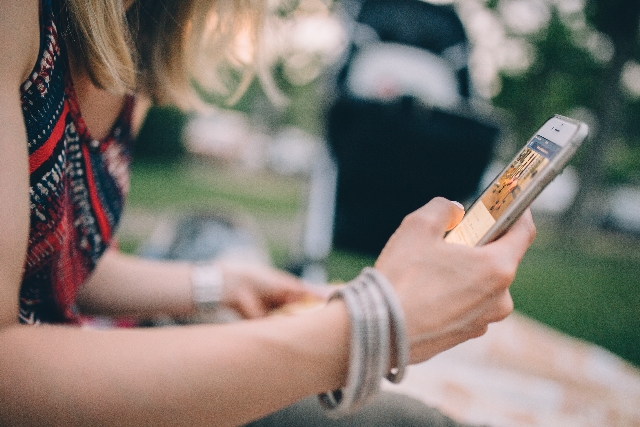 Mobile internet usage has been steadily gaining ground for years, and just last month it hit another milestone. According to a press release issued yesterday from StatCounter, mobile and tablet internet usage has finally exceeded total desktop usage for the first time ever.

Last month, mobile and tablet devices made up 51.3% of total internet usage compared to 48.7% by desktop. This is the first time worldwide monthly mobile internet usage has overtaken desktop according to StatCounter’s measure. 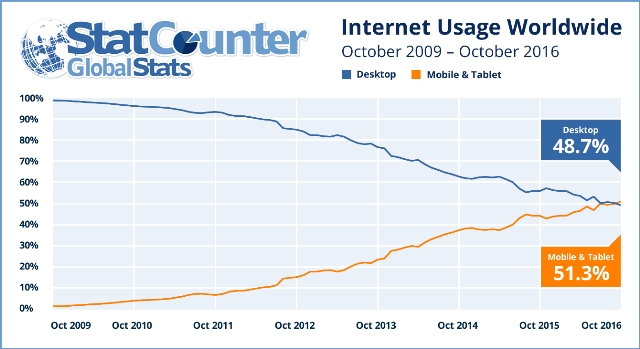 It is almost guaranteed this trend will continue in the long-term, but the short-term gains may not hold up. Mobile web usage has historically increased leading up to the holiday season and may deflate in the first part of next year. Even if this happens, the new milestone shows mobile usage is still consistently growing and will likely be the dominant way to access the web in the coming years.

Aodhan Cullen, CEO of StatCounter, says the new numbers should show businesses how important it is to make mobile a priority now, rather than later:

“This should be a wake up call especially for small businesses, sole traders and professionals to make sure that their websites are mobile friendly. Many older websites are not.”

Of course, mobile usage varies by country. While major markets like the US and the UK still primarily rely on desktop computers. Emerging markets like India overwhelmingly use mobile devices for internet usage and show no signs of slowing down. 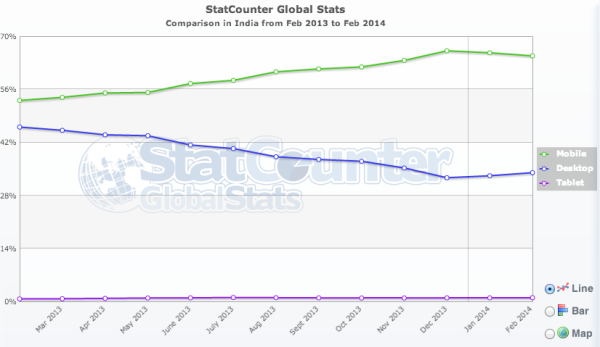