April Fools’ Day is here yet again, and if you’re reading this chances are you have already encountered at least one of Google’s numerous practical jokes. The company has always been big on the prankster’s holiday, but they have taken it to a whole new level this year, unleashing gag services and webpages and nearly ever platform they have. I’m recapping all the goofs and gags so you can be sure you won’t miss out on any of the fun.

Have you been to google.com today? What about com.google? That’s right, Google released a mirror-image version of their site that flips everything on the search engine. Unfortunately it only works for search, not any of Google’s other platforms and domains.

Google Maps has brought the classic arcade game to your doorstep, by allowing you to play the game using your local streets as the maze. From desktop, you can play Pac-Man anywhere on the map you want. Mobile users however, are only able to play in a few select places. To get in on the action, you’ll have to use the clues to find the special locations.

While the Pac-Man mode in Google Maps has quickly gained attention, fewer have noted that Google’s augmented reality game, Ingress for Android and iOS, has also added some new Pac-Man features.

Everyone is already sharing their reactions to news and events across social media, but Chrome on mobile is making it easier than ever to let people know how you feel about what you are browsing. Whether you are excited, angry, sad, or outright confused by the latest story, you can quickly share it by opening the menu on the browser and choosing “Share a reaction.” 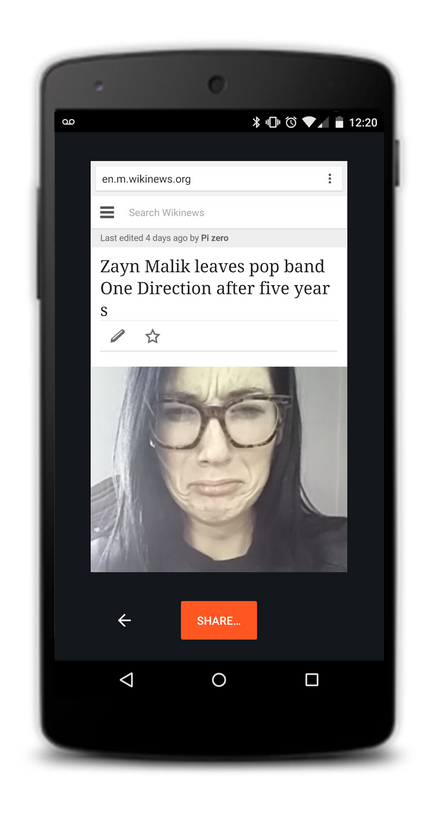 According to Google, Chrome users are losing up to 6 hours of selfie-taking time every day by having to exit the browser to open the camera app. Thankfully, they’ve streamlined the process so we can finally take selfies with optimal efficiency.

This one might sting for webmasters who have had unpleasant run-ins with Google’s not-so cuddly algorithm. Google Japan announced Google Panda 5 and 6, with a press conference parodying Apple’s over-the-top product releases.

Unlike previous Panda releases, this one is less of an algorithm and more Siri in a stuffed-animal panda. The product itself doesn’t seem to be directly related to the algorithm, but Matt Cutts helped out on the video so it’s safe to say it is a part of the joke.

Google has revolutionized email with Gmail, and now they are reshaping how we think about our traditional mail too. Smartbox by Inbox may look like a stylish mailbox, but it has smart folders, filters, and even apps that you can bring with you anywhere you go.

Google Fiber users are apparently complaining their internet speeds are just too fast, leaving them with no time to take breaks, fix drinks, or take care of other small tasks. To solve this, the service provider is launching a dial-up mode.

“Loading bars used to give people an opportunity to pause and take care of the little things—like making a cup of coffee, taking a bathroom break or playing with the dog.”

The company explains it was able to reduce Fiber speeds up to 376 times “by withholding photons from the fiber strands” so that “the light-based fiber optic technology dims to a flicker of its previous capacity.”

Don’t you wish you could just put your internet browser on auto-pilot and let it take you to your destination?

“Google’s top research scientists have calculated that the average person burns up to five calories per day by clicking on web links,” Google says. “This is absurd—these calories could be put to much better use for breathing, pranking a co-worker, or cleaning your bathtub.”

The new Chromebook self-browsing extension is already available from the Chrome Web Store.

Quick question: where is “the cloud” you constantly hear Google and Apple talking about? If you said clouds in the sky you would have been wrong, until now.

Google is moving the cloud to the “actual cloud” with a slew of new features including a new compute zone, actual-cloud machine types, Stormboost, CloudDrops, weather dashboards, and bare-metal container support. 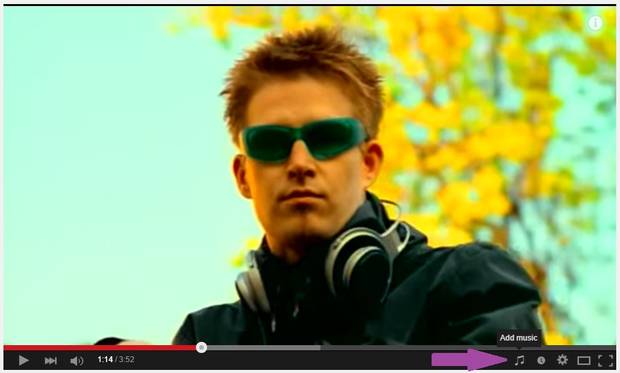 YouTube now allows users to add music to any video they wish. Specifically, the video player now includes a button allowing you to override the sound on any video with Darude’s Sandstorm. There’s also an Auto-Darude option so you can easily apply the song to every video you watch. The history of Darude’s Sandstorm is long and relatively obscure, so if this one doesn’t make sense you can learn more here.

Matt Cutts got in not one, but two jokes at the expense of SEO professionals this year, which shows he is certainly putting his time on leave from Google to good use. The former head of search spam announced a new tool last night named AutoSEO, available at http://seo.ninja.

AutoSEO claims to automate all your SEO efforts with an open source free platform, with a beta invite being sent out today. Of course, the joke is the tool doesn’t actually do anything.

Today is April Fool’s Day, and of course that means every major company has unveiled a new fake product. Google, for example, announced Google Nose, which would let you smell your results, if it worked. That’s the type of prank you normally expect to see from big companies. They’re all in good fun.

Well, Bing decided to make their April Fool’s Day prank a fake new product and a slam directed obviously at Google all in one. They announced, through a blog post, Bing Basic, a redesign of their front page, only accessible through a special “telltale query”, “you’ll get something a little more bland” than their front page.

If you guessed the “telltale query” was “Google” and that Bing Basic removes the big pictures from their front page in favor of a colorful logo, white space, and a simple search box, you’d be correct.

Of course, this Google bashing is far from new for Bing, but it is kind of odd to see a company take a day normally full of nonsensical and sometimes wonderful fake ads, webpages, redesigns, and other fun little jokes and turn it into a swipe at the competition. It certainly isn’t the first time though.
In the meantime, I’ll be dreaming of the day Google Treasure Maps is a real thing.

So I was up late and had YouTube going.  Noticed a funky little button to the bottom right.  “1911?  What’s that mean?”  So I clicked it, of course.  And it’s awesome.  I highly recommend you try it out.  Especially their review on the best viral pictures from 100 years ago.

Just a quick post to give a notice of one of Google’s fun additions to their sites.  Aside from their open position for autocompleters, of course.

So it’s April Fool’s Day.  And Google always has something good.  Apparently today they have announced that Google is no longer Google.  Is is now Topeka.  You can find out the details here, on their blog.

But all over the world, new things have arisen with Google.  In the UK, a video was put up on YouTube about their latest translation advances.  You can see the details of this amazing tool on the Google page here.  A similar tool is available in Japan.  Google Maps got an upgrade in Australia.

And I highly recommend going to Google Maps, use street view (drag the icon of the person onto a street), and you’ll see the latest advance in Google Maps technology.  Quite nice.